This entry was posted on October 8, 2012 by Cockpit USA Staff. 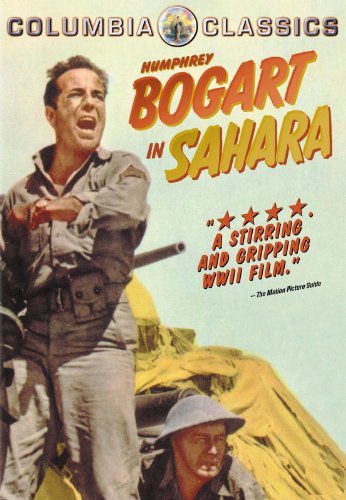 A WWII movie set in 1943, Sahara tells the tale of Sergeant Joe Gunn, an American M-3 tank crew commander played by the iconic Humphrey Bogart as he toils and triumphs in Libya during the Western Desert Campaign. In the wake of a German defeat at Tobruk, Gunn and his few remaining men go in search of water only to come across an array of international allies with which they form a make shift force to be reckoned with. Their collective quest for water and sandy navigation bring them into direct contact with deceit, death, the enemy and a whole host of seat gripping action. Directed by Zoltan Korda and nominated for three Academy Awards, including Best Sound, Best Cinematography and Best Supporting Actor, Sahara is a Cockpit USA Movie Monday of distinction!