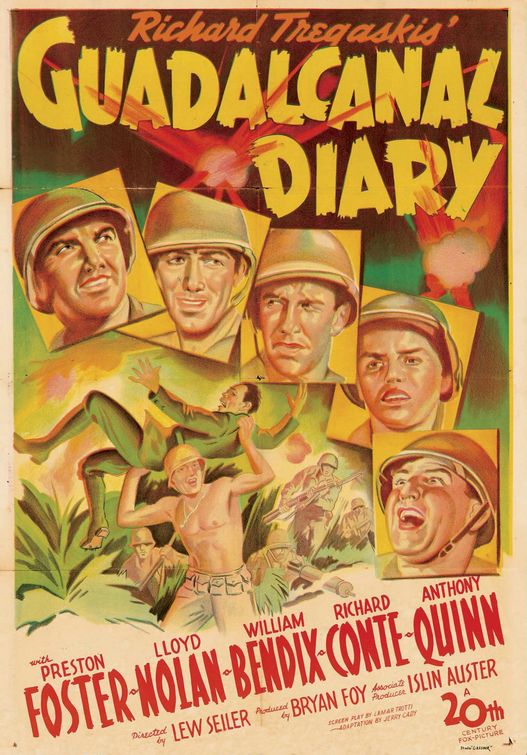 Based on the eyewitness accounts of Richard Tregaskis as recorded in his book of the same name, Guadalcanal Diary is a WWII movie which depicts the experiences of United States Marines  during the events of the Battle of Guadalcanal. Fresh in the wake of the battle which took place only a year prior to the release of the movie, Guadalcanal Diary places the lens directly on the marines themselves and their individual stories as told by an off screen war correspondent. Starring  Preston Foster, Lloyd Nolan, William Bendix, Richard Conte and Anthony Quinn, this 1943 action film goes through the motions, from the corps preparing for battle to the landing and initial campaign. Considering the dire times in which it was made and the proximity in time to the actual events itself, this film is an inspirational example of WWII Hollywood. Cockpit USA approved.