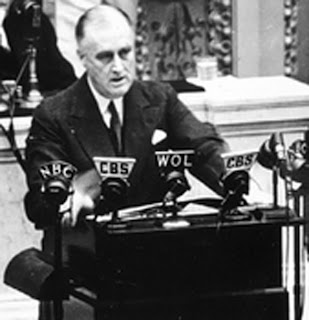 In retaliation to Japan’s taking of French-Indo China, then American naval base Cam Ranh followed by a British base in Singapore, President Franklin Roosevelt made a bold move of pay back by seizing all Japanese assets in the U.S. transferring all financial, import and export trade operations to do with the opposition to the control of the government with criminal penalties for anyone violating this order. With Britain hot in Roosevelt’s footsteps, only three years worth of oil reserves and a gigantic loss of 88% of its imported oil, these actions led to a debilitating aftershock to Japan and became another momentous twist in the proceedings of WWII, making today yet another historic day in the Cockpit USA calendar!

This entry was posted in History Class and tagged cockpit usa, WWII, The Cockpit, On this day in history, July 26 1941, Blast from the Past, President Franklin Roosevelt on July 26, 2012 by Cockpit USA Staff. ← Previous Post Next Post →